Every once in a while, I try myself with something out of my comfort zone in all aspects of my life. Modelling is no exception. While I have built a few modern submarines in the past few years, the last and only ship I’ve built was Italeri’s 1:700 HMS Hood and that was some 20 years ago.

A couple of years ago, I got a good deal on Cyberhobby 1:700 USS Cole/Typhoon SSBN combo and to complicate things even further, I’ve bought a photoetched set of Flyhawk models. Working with such tiny PE parts in 1:700 will certainly present a challenge.

USS Cole (DDG-67) is an Aegis equipped guided-missile destroyer named after a Marine sergeant who was killed during the battle of Iwo Jima. The ship was delivered to the US Navy in 1996 and became worldwide famous just 4 years later. On 12 October 2000, Al-Qaeda executed suicide attack on USS Cole in the Aden port, Yemen, killing 17 soldiers and injuring 29 more. After repairs, the ship was brought back into service in 2003.

At first look, Cyberhobby kit looks like a nice representation of the real deal, especially considering the scale. I am no expert in ships so I cannot vouch for its accuracy though, but on first look, it looks the part. I will point out the things I notice, as we go along.

First step was to make the damaged hull – sanding the inside of the hull to thin it as much as possible, then cutting out a piece and bending the remaining parts inward.

A piece of plasticard was used to create inner wall. 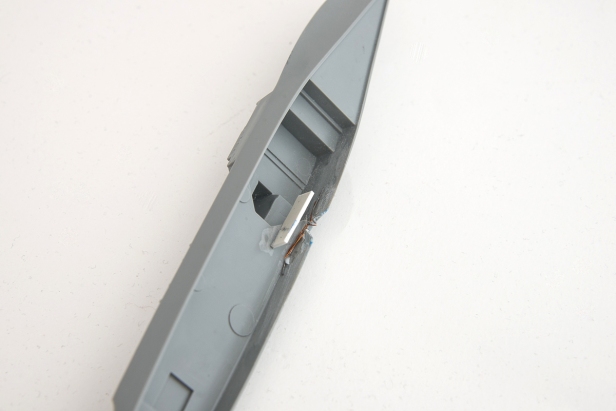 Thin copper and solder wire of different diameters was used to recreate the installations, seen on photos. 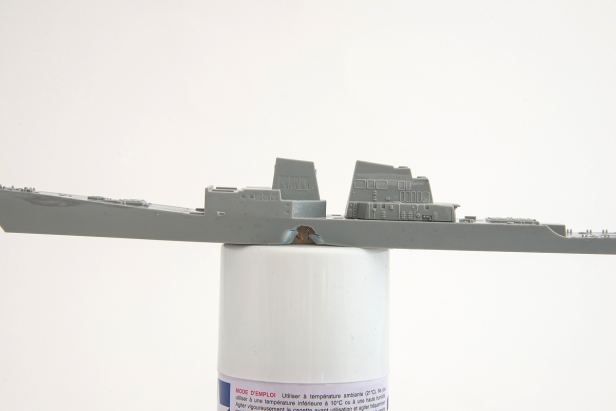 Side view of the “damage”

And the PE fun has begun!