I admit – I don’t build helicopters that often. But every once in a while, a helicopter model crosses my modelling bench. And when I saw the MPM announcement a few years ago, that they will be releasing a new tool first generation Cobras in 1:72, I wanted to build one. Especially, after I saw one of the decal options includes markings for ‘Thor’s Hammer’, as I love everything Vikings!

MPM’s kit looks really great on the sprues, is supposed to be very accurate, but let’s see how well it builds.

I am using Brengun photo-etched set for this kit as only aftermarket item. While MPM offers resin replacement seats, they are pretty simple affair and I’ve decided to use the kit ones. Combined with etched harnesses, they look convincing enough. The seats, instrument panels and cockpit tub were painted in their basic colours and given a coat of Future to protect them from further work. 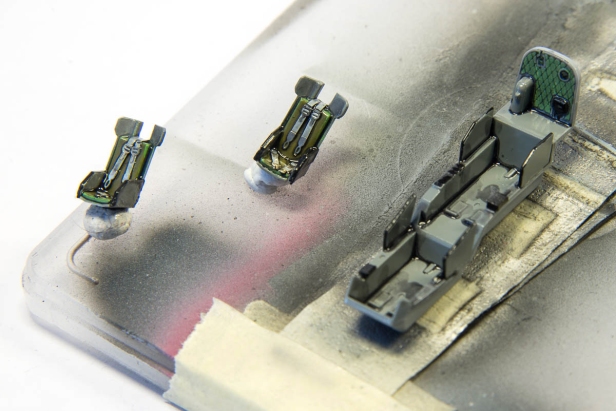 Mixing a drop of Payne’s Grey and Raw Umber artist oil paints with a few drops White Spirit, I applied the wash to all the edges. Contrary to popular belief, wash doesn’t have to be used only for weathering. In my case, it was used to accentuate the many shadows and define the kit parts. 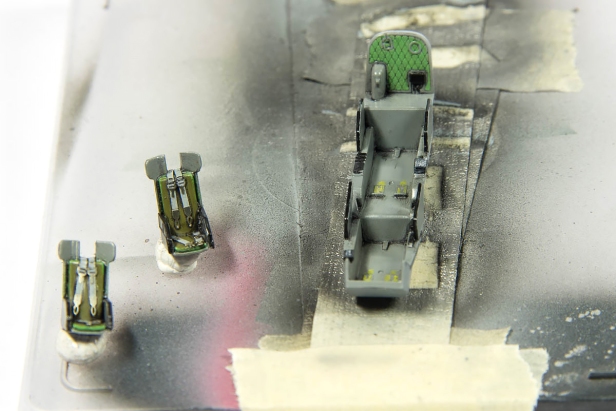 Wiping the wash away and spraying the pit with flat lacquer, it brings out all the little details, which would normally not be seen.

Using the light grey paint, I drybrushed several exposed areas, which would normally look rather bland under just a coat of black paint. Red buttons and indicators were applied using a thicker enamel paint applied with a sharp-pointed toothpick and the use of optivisor. I really love how the instrument dials shine from the otherwise flat instrument panel. 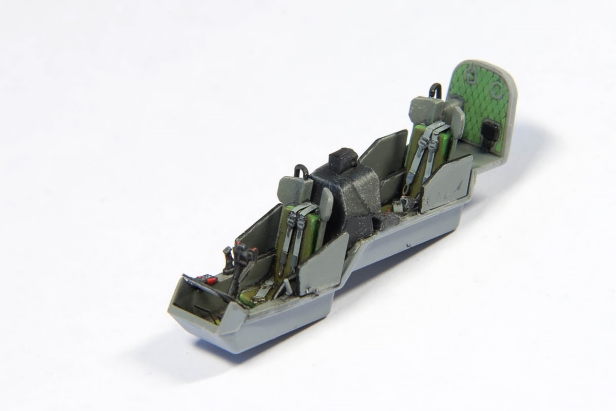 With the addition of seats, the cockpit is more or less finished. I will add the pilot’s gunsight glass later, just before attaching the canopy, to avoid any breakage during construction. 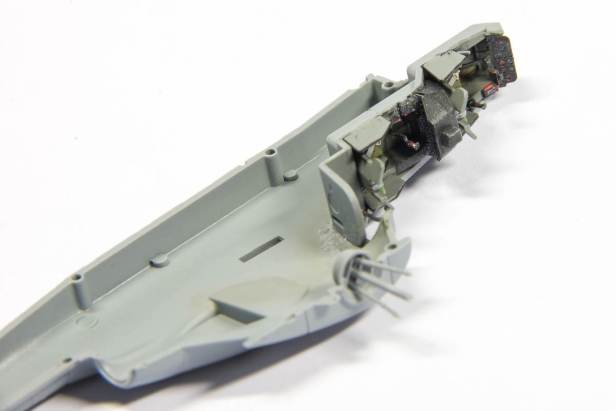 And last but not least – Brengun did an amazing job with this photo-etched fret. Not only that the fit of the instrument panels was perfect, check the anti-torque pedals – they spell BELL COBRA!