Since the canopy will be closed, I’ve decided to go with the decals for cockpit. There’s also an option to paint the lovely alternate plastic parts, full of tiny details which look really really good.

…effect will be like the real thing and better than any paint.

a few pieces of the exhaust waiting to be put together…

Although some say decals look too flat, I don’t see quality made cockpit decals any worse than prepainted photo-etch parts. And they are perfectly acceptable for closed canopy build. 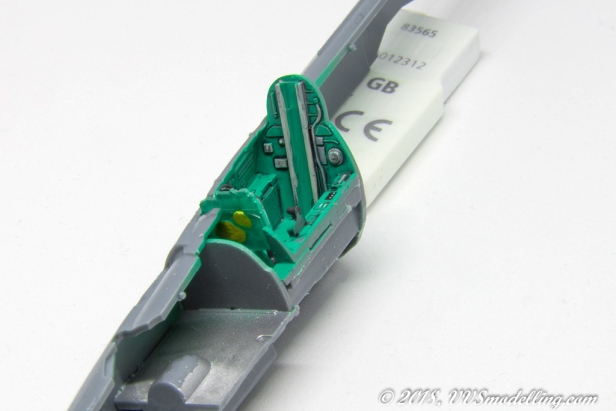 The back of the pit is also nicely made and darker wash brings out all the lovely details. Unfortunately with the seat installed, there won’t be much to see.

The narrow seam when joining fuselage and wings has been mentioned before. It is maybe 0.1mm wide so it shouldn’t be too tough to fix. I also experienced the seam on the front fuselage halves joints – Luckily, scraping some plastic off the not visible parts of cockpit tub and front wheel well remedied that.

This upper part on the nose that comes wedged between fuselage halves didn’t want to sit properly – it fit in the windshield area, but not at the front – some puttying and sanding was required to fix it. It could have been my doing, but I remember I had some problem with the same part in 1:48 as well.

That gap, that appeared on all builds so far didn’t require anything else but a little smear of putty at both ends near the wing joins. As you can see, after I applied some glue, it transformed into a normal looking panel line.

Interesting solution for the exhaust – instead of usual two-halves approach which requires seam clean up, this 1:72 version comes with a single-piece exhaust… Maybe slightly thick but should it this time.

Cockpit more or less finished. Just to add the gunsight recorder and that’s it.

Model is now all built up and ready for some primer.

I’ve heard so much good stuff about Stynlrez primer that I had to give it a go! Used the easily available Mig One Shot primer (rebranded Stynlerez) and was pretty pleased with the result. 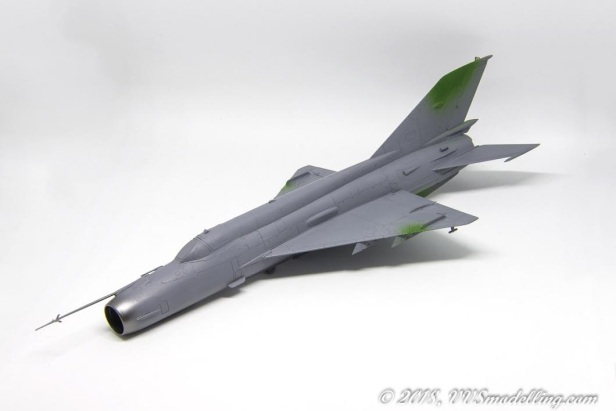 Next came some detail painting like dielectrics and intake nose ring, followed by a coat of Alclad Aluminum. 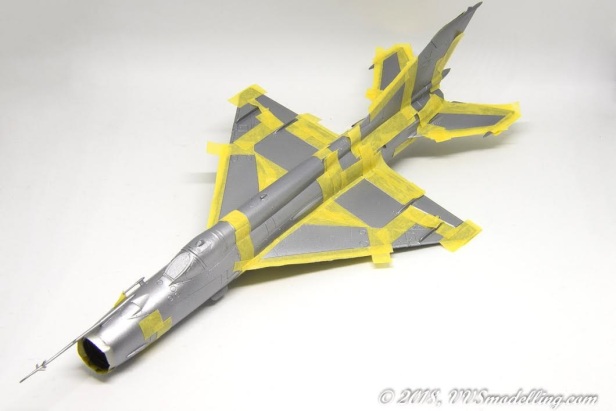 I hate masking so much but do it carefuly and patiently and you will be rewarded.

And main paint job finished – I’ve used Magnesium for darker panels and some fuselage streaking and then blended it in with misting the Aluminum. The effect is very subtle on bright light and a lit more pronounced in low-light situation. I really love painting with Alclads. 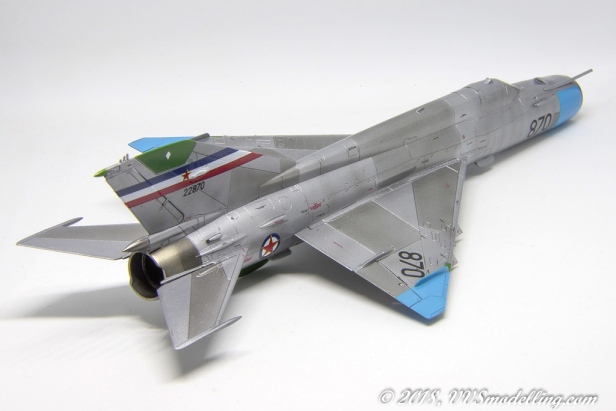 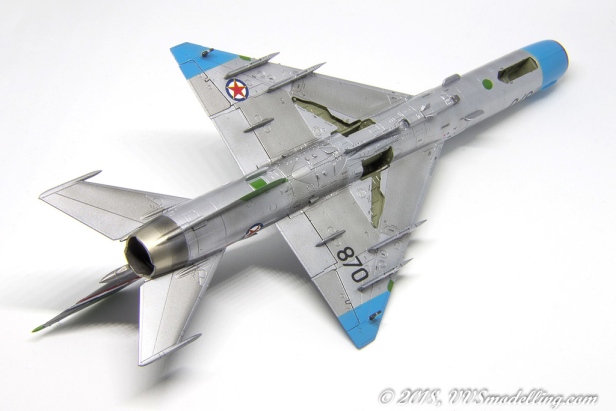 It may not show, but after many hours and several hundred (almost) invisible stencils later, the decalling is finished! 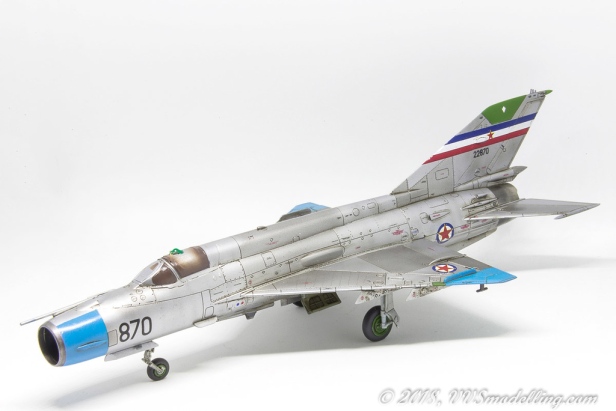