Finally some progress on the Huey. 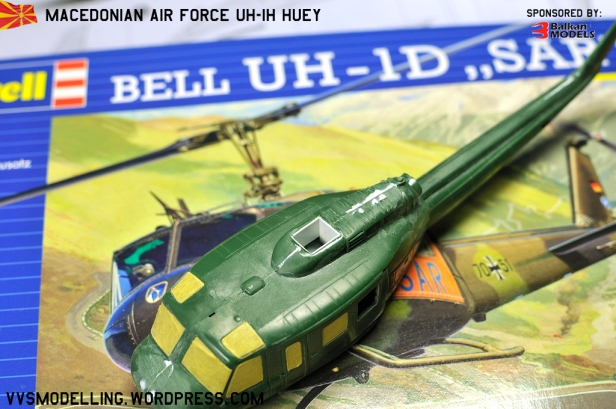 Joining the fuselage halves showed a nasty hole where the rotor gearbox should be through which you could see inside the cabin and cockpit, while looking through the exhaust, you had a see through situation. To at least partially remedy this problem, thin plasticard strips were glued inside to cover the gaps. 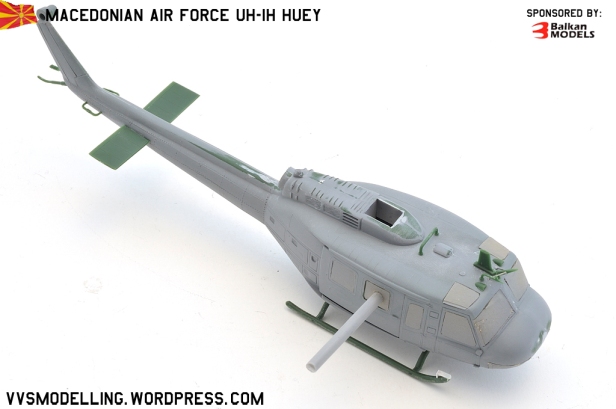 If you are asking yourself why there’s a piece of sprue sticking out of window – It accidentally broke and the only way I could reinsert it was to superglue a piece of sprue to the masked window and gently insert it. Studying the photos, several of the antennas were added, including the wirecutters. 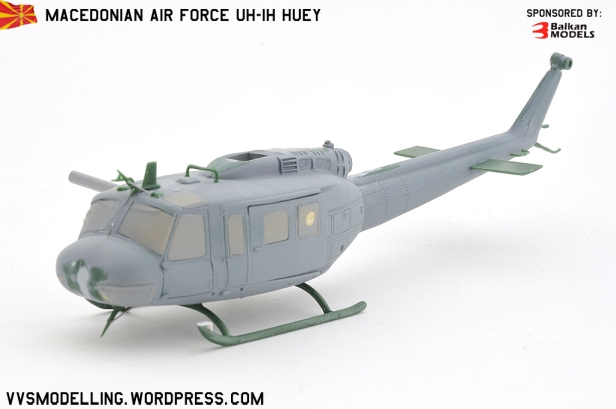 Wirecutters were given a support struts made from thin soldering wire. The tail was riveted using Rivet-R and additionally, the “caps” at the front of sledges were made from plasticard. She’s more or less ready for the primer and painting next.

Here’s an interesting video of Macedonian AF Combat Search and Rescue display that includes the helicopter I am building. Enjoy till the next time!