Being an aircraft modeller, it sometimes feels good to build something else to break the routine and try something new. In the past it was an odd armor kit and submarines, but I haven’t built a ship model since I was a kid. As I am building mostly in 1:72 and 1:144, the decision was made to stick to the smaller 1:700 scale. Since I’ve grown a collection of ship models in the past few years, I’ve decided to try my hands at something relatively simple – at least by the looks of it. Ever since I first saw photos of Swedish stealth corvettes of Visby class, I was hooked on them. Slick and mean with splinter camouflage – what is there not to like.

The kit I will be using is OrangeHobby resin kit – for a price of around 10€ you get two waterline models as well as Agusta A109 helicopter (for K31 Visby) and photo-etched fret with all the required tiny detail as well as two brass guns if you decide to show them open. The casting is well done and if you look closely, you will notice some texture on the surfaces. I am not sure if this is intentional or not but the fact is that close up photos of these corvettes show some fine texture as well. But enough of chit-chat, let’s see some photos! 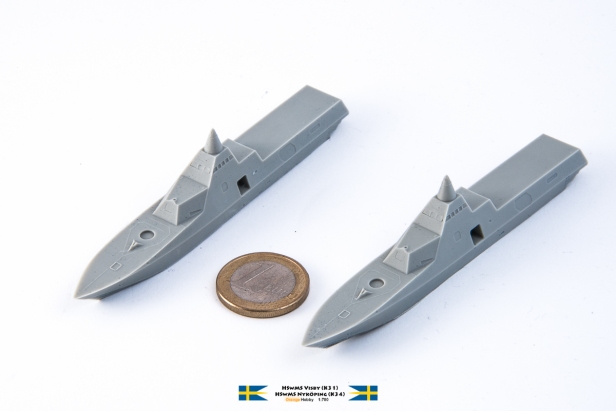 As you can see, they are tiny!

And this is how A109 looks like in 1:700 – imagine this – there are 9 PE pieces to be attached to this tiny bird – rotors will be attached separately 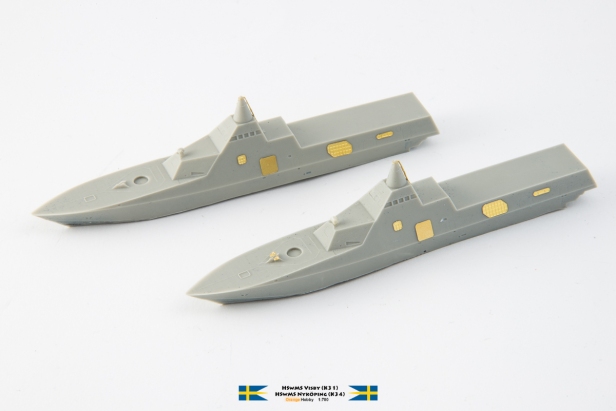 Both ships with some essential PE parts attached. Idea is to pose them on sea base with K31 Visby with gun open and helicopter on deck, while K34 Nyköping will feature full stealth mode.

A number of PE parts that I’d decided to leave on the fret and will be first painted as such and later attached to the ship. 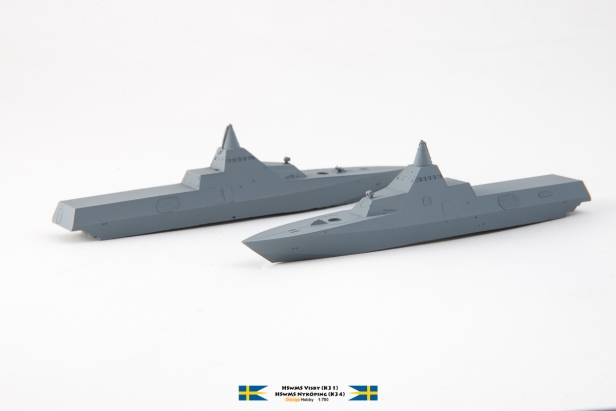 Both ships painted in primer and waiting for their first color.