SMT version of MiG-29 features many improvements over the two basic variants 9.12 and 9.13 including HOTAS, modernized cockpit, multirole weapons capability, larger range with additional fuel tank in the enlarged hump behind the cockpit and more. In early 2000s Algeria ordered 34 SMTs (and two seaters UBTs) but later returned them to Russia under the claim that the equipment wasn’t new and these aircraft were introduced into Russian Air Force with a striking 3-tone grey splinter camouflage. Later, some of those machines were repainted in greyish-green colours while the new built machines got a pretty standard green over grey camouflage. 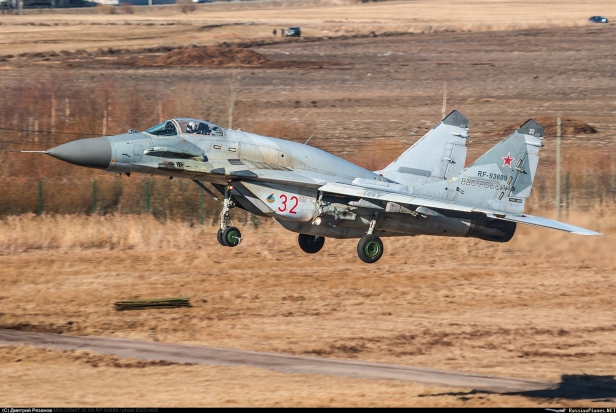 Zvezda released the first of the new-tool MiG-29s in 2015, but sadly only 9.13 and SMT (9.17) were released so far and we are still waiting for 9.12 and 9.51 and hoping for MiG-35 and or MiG-29K/UB.
Since the kit is designed in modular fashion to enable Zvezda to make different subversions by just replacing some sprues with others, there are some parts of the kit, that you need to take some care when building them – the most obvious being the front part around cockpit and the wingtips. Apart from that, the kit builds really nice. While the engraved details are ok for the scale, they tend to be a bit shallow on curved surfaces so some rescribing is recommended. Also the rivet detail is missing. Quality control unfortunately missed the upper plating over exhaust cans – it’s plain in the SMT kit but nicely engraved in 9.13 version. Large arsenal of air-to-air and air-to-ground weapons nicely completes the kit. 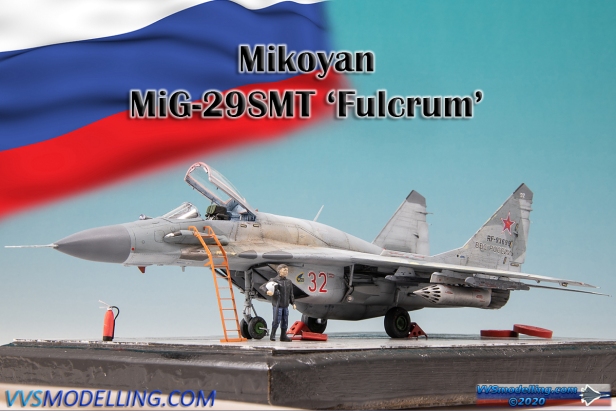 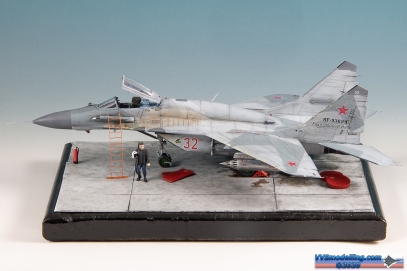 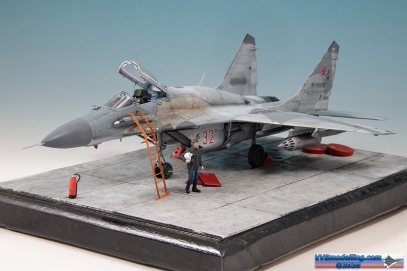 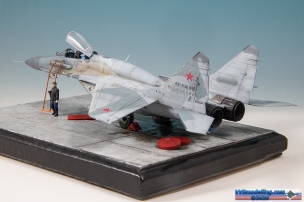 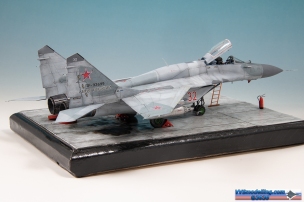 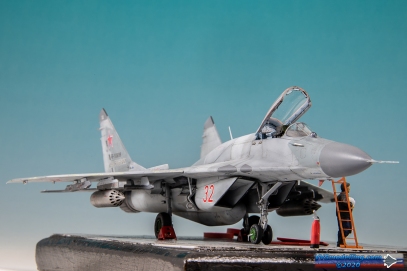 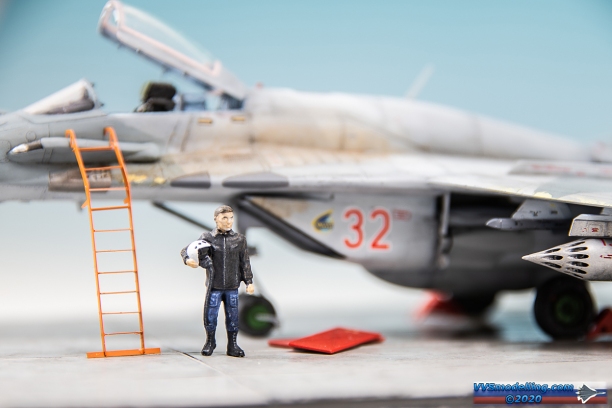